Introducing graphene
Graphene is ultra thin, ultra strong, transparent, flexible and most importantly, electrically conductive. Graphene is a nano-material directly derived from graphite. It is a single layer of carbon only one atom thick. The carbon atoms are connected in a hexagonal lattice that looks like a honeycomb. Despite a lack of bulk, graphene is 200x stronger than steel, it conducts electricity as well as copper and conducts heat even better it is also flexible and nearly transparent. Because of these remarkable properties Graphene has earned the moniker The Miracle Material  Though its existence has been theorized since the early 1940's, it was not officially discovered until 2004 by Andre Geim and Konstantin Novaselov at the University of Manchester.

Graphene is the material of the future
If someone told you we'd be able to fold up your tablet computer like a piece of paper, stick it in your pocket and go to work, you may call it science fiction. This concept may be close to fruition. Universities across the globe have been working on ways to produce flexible touch-screens for a number of years now, but without too much success. So what's changed?

What can't Graphene do?
Virtually not a week goes by without a scientific report released with an additional use adding to the list of its already myriad applications deriving from its unique property combinations and while its relatively young life has limited its role in a wide variety of real world applications, the unique set of properties it possesses will make it an extremely important material of the future for many years to come. 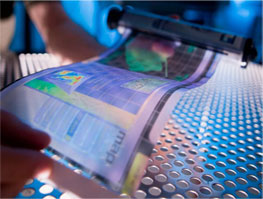 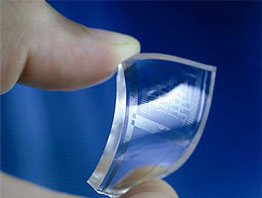 "Our research establishes graphene as the strongest material ever measured, some 200 times stronger than structural steel," mechanical engineering professor James Hone, of Columbia University, said in a statement. "It would take an elephant, balanced on a pencil, to break through a sheet of graphene the thickness of Saran Wrap [cling film]." 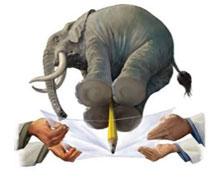 "According to the Nobel prize committee, a hypothetical one-metre-square hammock of perfect graphene could support a four-kilogram cat - the hammock would weigh 0.77 milligrams, less than a cat's whisker, and would be virtually invisible"

Over the past eight years, graphene has made its biggest impact in the electronics sector where engineers and scientists have been in search of a cheap, reliable material that can be used to develop more advanced computer chips and keep pace with Moore’s Law, a theory that predicts that the number of transistors located on a chip doubles approximately every two years. Graphene contains a unique set of mechanical and electrical properties that make it an ideal replacement for the building blocks of computer hardware such as copper, indium, and silicon. Its high electron mobility makes it extremely conductive, a characteristic that plays an important role in the performance of interconnects within chips. Laboratory experiments have shown that graphene is approximately 35 percent more conductive than copper at room temperature, an element that is widely considered the most conductive material on the planet. The conductivity of graphene can also be controlled by applying an electric field to its ultra-thin structure, an action that is virtually impossible to achieve with thicker more traditional metal films.

In addition to replacing conductive metals and making advances in transistor development, graphene has shown promise in a number of other applications as well. Due to graphene’s monolayer structure, it is extremely sensitive to contact with even a single molecule of another substance. As a result, it can be used to develop remarkably sensitive gas monitoring equipment. Graphene is the toughest material ever discovered and possesses high strength and flexibility as well. It is an ideal candidate for the development of lightweight composites that can be used in the construction of body armor, buildings, and aircrafts. Other applications that currently utilize graphene include optoelectronics, solar panels, capacitors, batteries, high-speed nano-applications, ink production and high frequency identification tags.

The duration in which graphene has moved from its discovery in the laboratory to the marketplace has been rather timely with comparison to other materials. Since April of 2012, the demand for graphene has increased by over 4000 percent. Most of this demand comes from the automotive, aerospace, electronics, and energy storage industries where advanced materials are required for production. In 2010 alone over 3000 research papers were published on graphene and approximately 400 patents were issue.